How to Spend a December Weekend in Sorrento, Italy

December is a tricky time to visit Europe. Days are overcast and short, and the weather isn’t typically that great outside of far south. This is a month, however, where many Americans get to travel, so it’s worth discussing – not everyone can visit Europe between May and September. In Italy, the Amalfi Coast certainly isn’t experiencing beach weather this time of year, but the near-coastal town of Sorrento is still bustling with Italian tourists, and very much worth a visit. After I settled into my new office at work, I took the hour long train from Naples and checked into the Hotel Mignon, a budget friendly yet beautiful lodging option conveniently nestled next to a supermarket and multiple restaurant and nightlife options. So…how did I spend my December weekend in Sorrento?

Soak in the Christmas Spirit

It’s no secret I’m a Christmas market fan, so I took this opportunity to find the holiday magic in Sorrento. The main square adjacent to the train station had a street food theme this weekend. There was everything from wine booths, to sushi stands, and of course pizza, a regional favorite. They even moved some ovens into the street for the occasion. I visited next the Christmas market held in Villa Fiorentino. This is basically a house owned by a rich family in the 1930s, that was bequeathed to the city of Sorrento upon their death. It’s now the site of a variety of events throughout the year. I’ve seen plantation homes in New Orleans, and million dollar homes in Santa Barbara, and I still thought this was impressive. The inside of the mansion focused on numerous nativity scene displays. There were traditional scenes on display, and some with a different flair. I’m a sucker for tradition, so I liked those the most. I ventured outside to a wonderful garden area filled with orange trees and market booths. Although billed as ‘Santa’s Village’, the young woman playing Santa seemed uninterested and kept checking her phone. I paused to admire the succulent hanging tomatoes and other local food products. There was even a donkey exhibit above the garden (my favorite was named Polly), and a Ferris wheel for the kids. 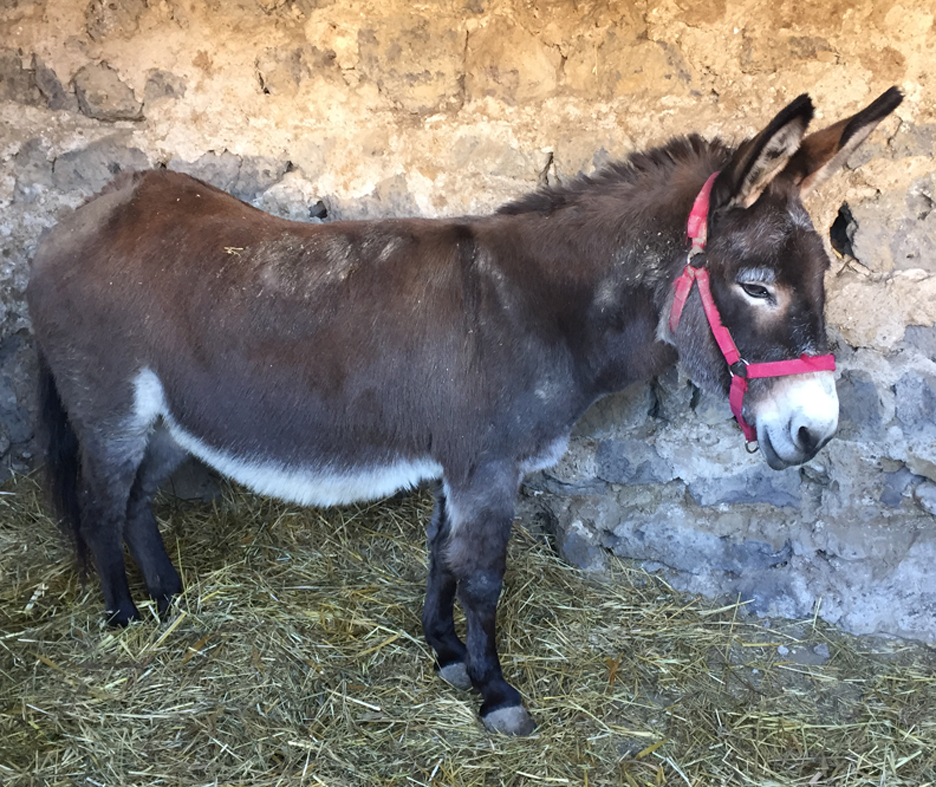 When leaving the market, Christmas was still in the air. Right outside on the main street there was a parade, though the female Santa leading it was on stilts and marching oddly. There was also a local pub that inserted a fake snow sprayer that fired off intermittently, and fascinated the kids walking by. Moving to the Campania region of Italy, I have entered the realm of the Italian water buffalo. Their milk is used to make Buffalo di Mozzarella, which in turn is coupled with tomatoes, oil and basil to make my favorite salad – caprese. I was lucky enough to have my hotel recommend the nearby Buffalo Inn for dinner. The inside was decked out with a welcoming black and red theme, and the decor was a perfect blend of classy and casual. Not only did I have the best caprese salad ever (with HUGE chunks of mozzarella), but they brought a basket of focaccia bread with balsamic vinegar and olive oil. Why is it that simply smearing bread with balsamic and oil tastes so damn good? This actually filled me up before I could order the main course, so I went back for lunch the next day. I examined the menu for only a few minutes, before decisively ordering the rich and flavorful buffalo sausages, probably the first red meat I’ve eaten in many years. I highly recommend this restaurant! I shouldn’t have to say it, but Italian beer ain’t that great. Further, in the winter months the pubs are absolutely empty, which makes it a great time for wine tasting instead. I stumbled across a great find my first night in Sorrento – La Vineria Bollicine, a wine bar settled on a tiny side street that I just happened to be walking down.

The inside was lovely and quaint, the owner/barman was enthusiastic and attentive, and there was one other couple there, a friendly Frenchman with his elegantly beautiful British wife. As much as I act like I know something about wine, I usually just smile and nod while experts explain things like where the grape comes from, how it’s processed, etc. The owner here was able to passionately describe the wines in a way I actually understood, adding to the overall positive experience.

I had two amazing white wines here, one using the Arneis grape, specific to the Piedmont region and which produces a crisp flavor, and a great-tasting oaky wine from Avellino, which was particularly interesting to me since I’ll be moving to the Avellino province in a few weeks. After chatting with the couple about travel and European politics, I left here with a big smile on my face. Bollicine is a great way to start or finish your night. Not since Venice have I experienced seductive small streets like this. You could spend a day just wandering, as it’s beautiful in the day or night, and getting lost isn’t necessarily a bad thing. Some streets are filled with vendors whereas others you are alone with your thoughts. Reserve a few hours to peruse the oil paintings, shop for a bottle of their famous Limoncello, people-watch while enjoying a cappuccino, or discover one of the many churches they have spread about. In Sorrento you could argue that it’s best to drift without a plan, and go wherever the streets may take you.