12 Unique Museums In Europe You Should Visit

Museums aren’t typically at the top of my must see list. I make an exception, however, for something unique and different. Every European city has their archaeological and ethnographic museums, but not all histories are as exciting as Rome. I list here my favorite European museums that have a novel twist. An unforgettable ‘thing’ that makes them special, thus spiking the interest of even non-museum goers.

World War museums are prevalent throughout Europe, nothing unique about that. But what about a really gripping story? Norway suffered through years of Nazi occupation. The initial assault was instigated with the help of a Norwegian traitor named Quisling, who later became the Nazi’s puppet leader in Oslo.

A resistance movement formed as these former vikings refused to back down, communicating with their exiled leaders via coded messages and invisible ink. Resistance fighters on skis led an attack against a heavy water plant that potentially saved the world from Nazism. A movie was made about this. Quisling was executed after the war by a firing squad near the site of the museum. The moral of this story? Don’t mess with Norwegians. What is a sun museum doing in Latvia? I still haven’t figured that out. Hidden away in a poorly marked building, this museum gives you a quick overview of the Earth’s favorite star. It starts with an incredibly basic astronomical lesson, transitions into artistic depictions of the sun throughout history, and ends with you hand painting your own ceramic sun for a keepsake. Check out my sun below…painting was never my thing. Humans throughout history have used light to create moving pictures that entertained themselves and others. Typically, movie museums focus on a certain time period. This one starts thousands of years ago with shadow puppets in Asia, and ends with modern Hollywood. This museum is a hidden gem. Europe outside of Britain doesn’t have many internationally known bands. ABBA is arguably the best of the small bunch, and this museum in Stockholm honors their catchy songwriting and overall flair. You can even record your own vocals on an ABBA hit, though my version of ‘Dancing Queen‘ was cringe worthy. Dante’s museum mirrors his novel ‘The Divine Comedy’, as you can walk from hell, through purgatory, and into paradise. The lamp burning at his tomb has its oil refilled by the city of Florence, as a penance for exiling him. This is more like an outdoor museum park. Its creator envisioned a showcase of diversity from all over the world. The result? The hodgepodge of artifacts includes, among other things, a basketball court from Somalia, donut shop sign from the US, boxing ring from Thailand, and this elephant slide from Pripyat, Ukraine. The red light district in Amsterdam is mostly over hyped, with the exception of this great museum. The beginning focuses on the Dutch history of the profession, and shows a replica of what a brothel room might look like (I wouldn’t know). The latter half discusses those embroiled in prostitution scandals throughout the decades. A billboard at the end acts as a confessional of sorts, where visitors can admit to their own hooker encounters. 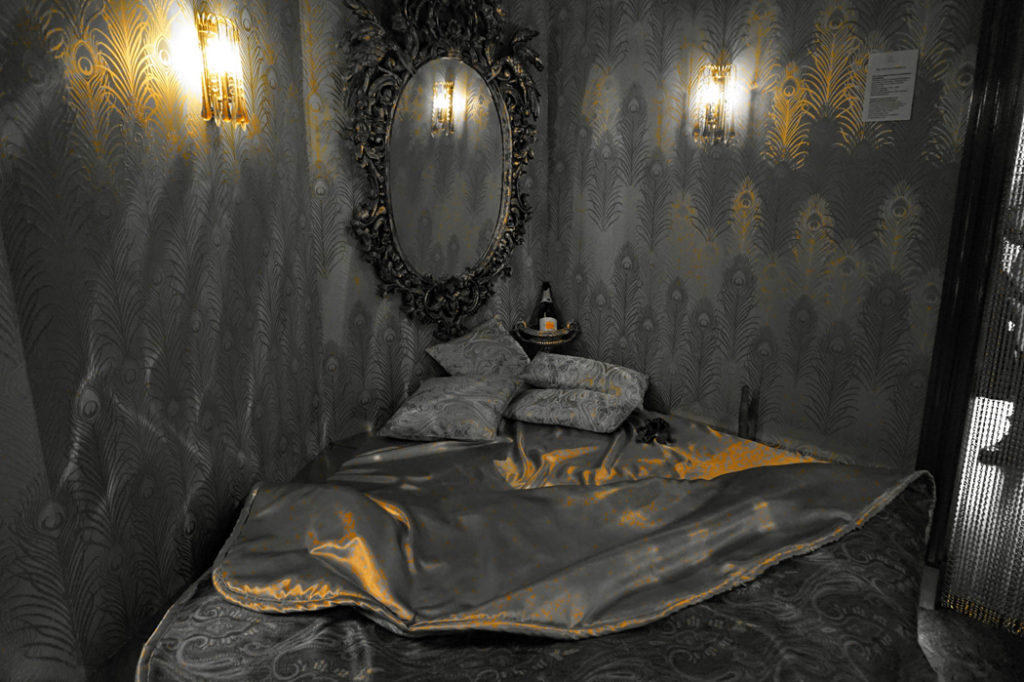 Tesla’s genius mind has fascinated sci-fi fans for decades. This museum only touches on the scientist’s peculiar traits, more focusing on his years competing with Edison. Wanting to learn about rotating magnetic fields? Check out the ‘Egg of Columbus’ experiment on display here. For Americans looking for national pride when traveling France, stop in Colmar. Frederic Bartholdi’s childhood home now has a museum dedicated in his honor. Aside from his famous statue welcoming immigrants into New York, he had various other projects and impressive sculptures. Museums focusing on a single artist are only unique when that artist is incredibly unique. Such is the case with Salvatore Dali. The man who once said “I don’t do drugs, I am drugs” is famous for art that disturbs some, confuses others and impresses people like me. His imagination produced works ranging from beautiful to nightmarish.

Much like the video game museum in Rome, this is a pilgrimage for gamers. The bottom floor of a nondescript building is home to over fifty pinball machines. A ten euro entrance fee will get you free access to the machines for an entire day. I spent a good hour here, realizing I am the worst pinball player ever. Remember that dress color controversy on Facebook? Imagine a whole building full of these optical illusions. This is a great collection highlighting the science of perception, and is fun for kids or adults. Slovenia is amazing. I left here after an hour with eye strain and a growing headache. Now, how many legs does this elephant really have? Other Ideas for Weird Museums in Europe

I’m not the only one who wrote about this, as Europe is full of unique (or weird) museums. I list my favorite articles from other travelers below.

22 of Europe’s most unique museums: https://www.flightnetwork.com/blog/22-europes-unique-museums/

« Caserta Royal Palace in Italy – A Photo Essay
7 Things To Do In Gdansk, Poland Over A Weekend »